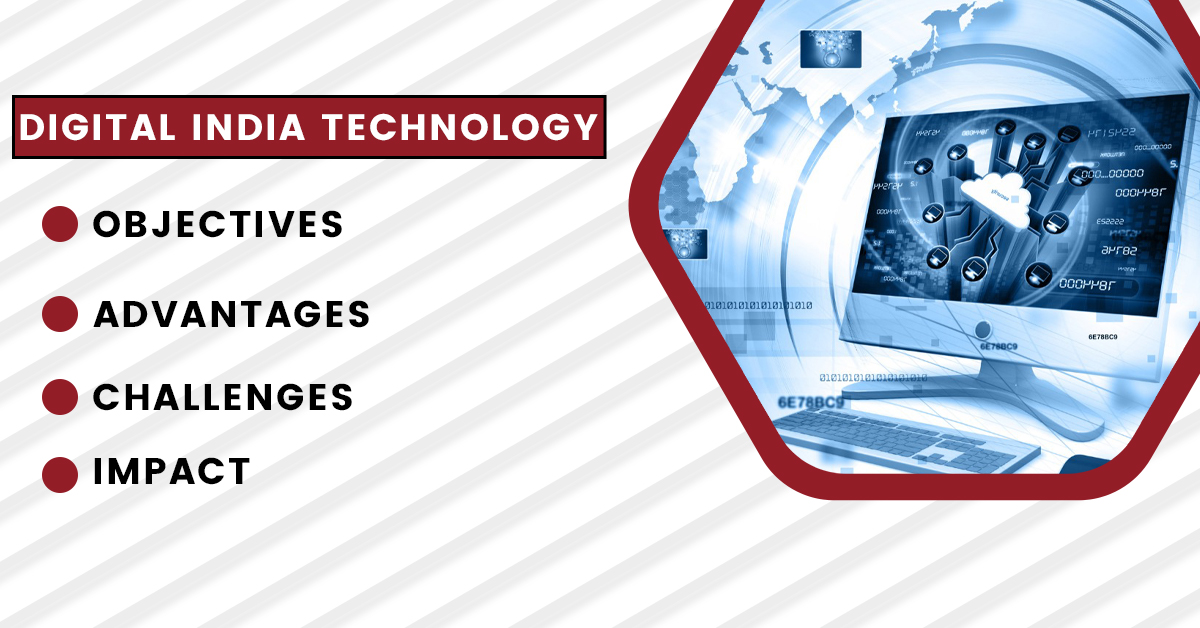 What is Digital India?

The government of India launched the Digital India campaign for providing Government services electronically. This campaign aims at improving online infrastructure, increasing access to the Internet, or empowering the country to use technology digitally.

Rural areas will be connected to high-speed internet networks under the initiative. There are three key components of Digital India: (a) the development of secure and reliable digital infrastructure, (b) the delivery of government services online, and (c) universal e-literacy.

In addition to being able to enable key Government of India schemes like BharatNet, Make in India, Startup India and Standup India, Industrial corridors, Bharatmala, Sagarmala, Dedicated Freight Corridors, and UDAN-RCS, ANI is also a beneficiary of such schemes.

A scheme for bringing high-speed internet to rural areas has been launched by the Government of India. Digital India Mission was launched by PM Narendra Modi on July 1, 2015. Benefits are offered to existing schemes such as Make in India, Bharatmala, Sagarmala, Start-up India, and Stand-up India.

Developed with the vision of creating inclusive growth in product and manufacturing sectors, electronic services, and employment opportunities, Digital India aims to do just that.

With the Digital India initiative, the nine pillars of growth will be given a much-needed boost. All of these areas are complex programs in themselves that cross multiple Ministries and Departments. Digital India is composed of nine pillars:

1.    Broadband Highways are a set of three subcomponents: Broadband for the Rural, Broadband for the Urban, and National Information Infrastructure. This project has been assigned to the Department of Telecommunications as the Nodal Department, with an estimated project cost of approximately.

2.    Universal Access to Mobile Connectivity- This initiative aims to fill the gaps in connectivity in the country and penetrate the network.

4.    e-Governance: Reforming Government through Technology- Using IT to simplify and streamline government processes is critical for transforming the delivery of government services across various government domains. All Ministries/ Departments should be involved in Government Process Re-Engineering.

5.    e-Kranti- Electronic Delivery of Services- The goal is to simplify the process of accessing public services and improve the delivery of those services. State governments and the central government have taken several e-government initiatives to usher in the era of e-Government. Governments in India have steadily progressed from computerizing their departments to initiatives that reflect the finest aspects of government, such as transparency, service orientation, and citizen centricity.

6.    Information for All- Approximately one crore students from smaller towns and villages will be trained in the IT sector for over five years. To facilitate the growth of ICT-enabled sectors in these states, BPOs will also be set up in every north-eastern state. This scheme will be coordinated by the Department of Electronics and Information Technology.

7.    Electronics Manufacturing- To achieve NET ZERO imports, this component is designed. Government procurement, tax incentives, and skill development are part of this category.

8.    IT for Jobs- The goal of this pillar is to provide training on the skills needed to obtain employment in the IT/ITES sector to youth.

9.    Early Harvest Programmes- There are several short-term projects under this pillar that have an immediate impact on the Indian digital ecosystem, such as an IT platform for mass messaging, crowdsourcing of eGreetings, biometric attendance in government offices, and WI-FI in all universities.

●    Empowering the population through digital means and establishing a governance model based on the electronic infrastructure.
●    Promoting effective e-governance in the nation to advance programs and policies.
●    Through electronic and online means, to make government schemes more accessible to citizens.
●    Services can be delivered online to eliminate the hassle of offline delivery.
●    Creating a knowledge-based India by promoting digital literacy among the masses.
●    Through the continuous interaction between people and state, to promote the concept of cooperative and participatory governance.
●    The goal is to make the Common Service Centre's services accessible to as many people as possible.
●    GIS technology can be used for decision support systems and development.
●    Access to all digital resources in the nation should be universal.
●    There are nine pillars of the Digital India Scheme.

1.    Infrastructure as a utility to each citizen:
a.    Every gram panchayat will be able to access high-speed internet
b.     Individuals would be able to participate in the digital and financial space with a mobile phone and bank account
c.    They would also have easier access to public service centers in their localities
d.     Private shared space on a public cloud
e.    Cyberspace within the country must be reliable and secure.

2.    Governance and services on demand:
a.    Integrating departments or jurisdictions to provide a single point of contact for everyone
b.    Online and mobile access to government services
c.    Making government services digitally accessible to make doing business easier

4.    Increase in Revenue:
a.    Sales and taxes can now be monitored much more easily
b.    Customers receive a bill for every purchase
c.    Retailers cannot evade paying taxes
d.    Growth of the overall economic status of the country.

5.    Empowerment to the people:
a.    By linking Aadhaar to bank accounts, the government can transfer subsidies directly to recipients
b.     The government provides incentives to the public without them having to wait for them

6.    Creation of new jobs: With the Digital India initiative, there have been various ways to improve job opportunities in new markets and increase employment opportunities in existing markets.

We have failed under the Digital India Campaign even after careful planning and executing ambitious programs. Here are some challenges we have encountered:

●    Compared to other developed nations, the internet speed of our country is slow.
●    It is increasingly difficult for MSME scale industries to keep pace with developments in the digital field.
●    Cheap smartphones do not have reliable internet access.
●    With the growth of the digital sector, a skilled workforce is needed to handle the bombardment of digital technology.
●    The growing threat of digital crime can undermine and sabotage the entire scheme due to a shortage of approximately a million cyber security experts.
●    Inadequate user awareness

Impact and Initiatives of the Digital India Campaign:

Digital India is a government initiative to assist the country in adopting digital initiatives. Initiatives are expected to reduce reliance on bureaucratic processes, reduce corruption, and reduce downtime in providing public services to citizens of the country.

Digital India is expected to have a long-term impact on India's economic growth. Because the Digital India Scheme initiatives are all technology-driven.

Some of the Initiatives that is made by the government of Digital India were:

●    Creating a digital locker to assist Indian citizens in storing important government IDs such as PAN cards, passports, voter id cards, and education mark sheets. All citizens require to use their locker is an Adhaar Card.
●    MyGov Portal aims to improve governance through citizen participation.
●    The ORS portal will assist citizens in handling online appointments and paying online fees for doctors and government hospitals.
●    Design Framework to allow for digital document signing, as well as a few other initiatives to help the country grow with the help of cutting-edge technology

The impact of Digital India was expected to in some of the ways :

●    Reduce Corruption.
●    Increase the speed with which public sector services are provided to citizens of the country.
●    Reduce the use of paperwork.
●    Provide easy-to-manage online storage space for all documents.
●    Provide simple and easy-to-use cloud storage on the internet.

For so many years, our governments have worked to develop an economy that is less reliant on paper and more reliant on the internet.

The incumbent government designated all of the government's digitization, digitalization, and other initiatives aimed at improving our economy as "Digital India."