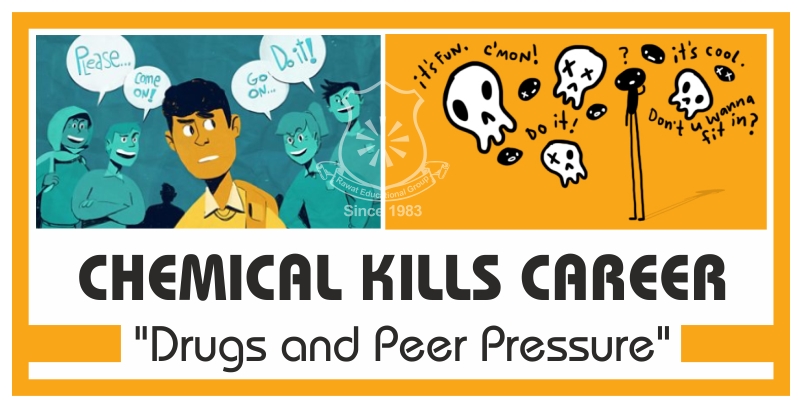 “Addiction is the only prison where the locks are on the inside.” During adolescence, life is challenging enough just dealing with fitting in and the changes that occur as you grow into an adult. CBS News reports that a recent survey indicates approximately two million teens between the ages of 12 and 17 currently need treatment for a substance abuse problem. But only about 150,000 get the help they need. Teenagers often experiment with a variety of activities and substances. Unfortunately, this experimentation can lead to substance abuse and addiction. Statistics show that drug abuse is a growing problem among teens. In addition to cocaine, ecstasy and other club drugs, a recent monitoring the future study showed that the top six most abused drugs by teen are: Mariyana {31.5%, Vicodin (9.7%)}, amphetaminers {8.1% coughmedicine (6.9%)}. Teen drug addiction affects teen from all walks of life. This is because the factors influencing who will try drugs are the same, no matter what your family situation or social status may be. The most common reason teen try drugs is peer pressure. Friends of classmates might pressure you into trying a drug, reassuring you that they’ve tried it and aren’t addicted, so you’ll be fine too. In television and movies, teen are bombarded with images of kids like them using drugs with no negative consequences. It is portrayed as cool or harmless, and the kids who abstain are labeled as nerdy or weird. But with repeated use, that initial harmless taste can lead to a full-brown drug-addiction. The fact is that every drug is dangerous and life threatening, and there is not a single drug that doesn’t hold the potential to lead to addiction. Several reasons are responsive for this great evil. It has been seen that growing boys and girls, due to lack of enough parental love and care, go astray. In the modern set up of families both husband and wife are in service and consequently are unable to share some time with their sons and daughters. As a result the young mind feels frustrated and lonely. At this delicate juncture their so called friends, who are themselves drug-addicts, easily mislead them and induce them to find solace by taking drugs and narcotics. Once tastes, it becomes a habit very soon. It has been found that drug-addicts cannot do without the drug even for a short while.  They become immoral and commit crimes of various types in order to get drugs. They must get their dose of it at the fixed time and if they do not get it, they feel weak and become incapable of the least moment. Hence, this evil must be eradicated at any cost. Public opinion must be created against it and the different media of mass communication must be pressed into sendee to combat the evil. The young boys and girls must be made aware, of the fact that they will be crippled by the rampant use of drugs. Not only must this, a concentrated drive against smugglers, who smuggle carious drugs and narcotics into the country be made by all means. These smugglers are the real enemies and they must be given strict punishment.